On the market first time in 45 years! Transparently Priced.

“Approaching the house is like looking for the entrance to the Magic Garden” says architectural writer John Ribovich. Hidden from the street and at the end of a long gravel path, surrounded by majestic Oaks, Liquid Amber, and flowering plants of every kind, you are transported to a time when being a few blocks from Campus was akin to living in the countryside.

Influenced by Bernard Maybeck, this home is filled with romance, charm and a storied history. The artists, writers and academics who owned it include the renowned photographer Dorothea Lange and her husband, the economist Paul Taylor. Their combined work during the depression, helped create programs for the New Deal. The apartment below the main house was originally Lange’s dark room and where she developed some of her most well-known works.

After walking down the long gravel path, one enters the house by ascending the exterior Ipe stairs and deck through a unique Craftsman front door. The interior boasts massive wood beams and nods to a western cabin with several intimate yet connected spaces. The built-in seating circulates around an inviting stone fireplace, gorgeous grid-irons and beautiful antique light fixtures. The living room and media room look out to vistas that are eye-level with neighborhoods’ Red-Tailed Hawks.

The striking vintage stove and oven is a stunning feature of the eat-in country kitchen and was formerly owned by the restaurant owner Alice Waters. The kitchen has a modern stainless-steel refrigerator and dishwasher, Saltillo tile floors, vintage tile countertops, built-in shelves for dish display and peers out onto the deck. Outside the kitchen, is a large deck for outdoor eating, that is next to the brick exterior fireplace (perfect spot for a pizza oven) and shaded by the large Liquidambar tree.

The dining room has built-in cabinets with leaded glass doors and windows on either side. The media room was once an open porch but has been enclosed for at least half a century. There is also a laundry room and half bath on this floor.

Upstairs are 3 bedrooms, the smallest one has a deck with vistas which face both south and west. A hall bathroom has an antique clawfoot tub and a modern glass door shower. There is a sitting room off the primary bedroom, which could also be an office and has a door out to a deck. All three upstairs rooms have beautiful Bay Views and are filled with light.

Below the main floor is a delightful one-bedroom apartment with a kitchen, bedroom, bathroom and a large living/dining room that also looks out to the Bay View, with a French door out to the yard. Step outside and you may disturb the deer and her two fawns. The expansive lot, for adventurous souls, extends down to city land that abuts Le Conte Ave.

The house boasts many upgrades, including new dual pane windows, a new roof with sheathing installed in 2012 and a new foundation and seismic work completed in 1991. Come be the next owners to continue this enchanting house’s history.

For an archival article from American Bungalow on the house and more information on Maybeck's influence: 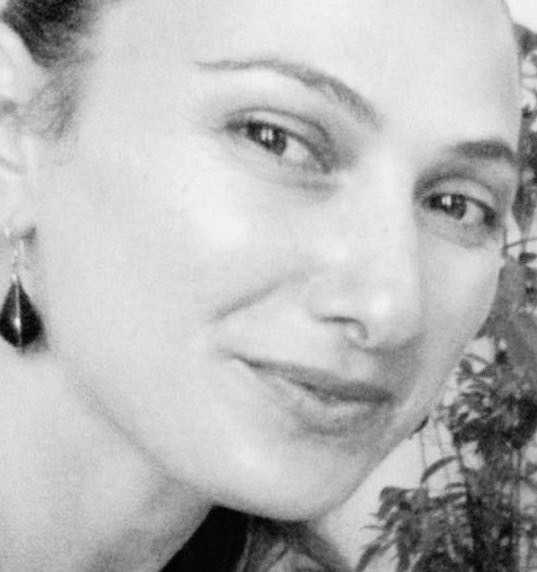 I come from a family of builders, architects, engineers, and artists. My earliest memories involve color-sorting electrical wires and arranging tiles soon to be set in mortar. I’ve always been affected by spaces: their flow, light, smell, sound, design, and transformative powers. In spaces, I see and hear stories filled with how lives are lived. The storytelling business is my other love and a mainstay throughout my professional life. Working in documentary filmmaking for decades, has been one of the ways I’ve combined a passion for social justice and art. After building our house from the ground up and selling, then buying a beautiful decaying Spanish-style centurion and re-building again, the combination of my interests in architecture and personal narratives, led me to a career in real estate. I have the privilege of joining my mother, Norah Brower, whose 24 years of dedication, integrity and sterling advocacy for both sellers and buyers in the competitive Bay Area market has always been an inspiration. I believe houses can be vessels for our dreams and reflections and know firsthand both the promises and challenges of creating a space to call your own. I hope you will trust me to guide you through the challenging but ultimately rewarding process of buying or selling a home. 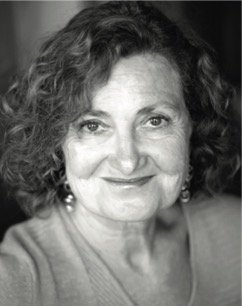 Since becoming a realtor in 1995, Norah has consistently been among the leaders in the Berkeley market, where she has resided for some three decades. Specializing in residential properties in Berkeley, Oakland and adjoining communities, she is respected and trusted amongst her colleagues. Together with an accomplished team of real estate assistants, professional stagers, photographers and marketers, she is directly involved in each transaction, from start to close. Her personalized marketing plans blend print with online advertising, including custom property websites, social media and virtual tours. With extraordinary attention to detail, Norah is skillful in strategically showcasing each home to create an optimal presentation. In order to provide each client with the excellent service they deserve, she is selective about the number of engagements she will assume at any one time and her professionalism, integrity and discretion earn clients’ trust. Norah is well known for her knowledge and expertise in marketing a diversity of architectural styles. She has represented many buyers and sellers of homes designed by some of Berkeley’s most notable architects of the 20th century, including Bernard Maybeck, Walter Ratcliff, John Hudson Thomas, Edwin Snyder and Gerald McCue. As a CRS designee (Council of Residential Specialists) Norah is part of a group who rank among the top 4% of all Realtors in the United States. She is also a Senior Real Estate Specialist (SRES) with the tools and insight to be able to counsel seniors on real estate issues that impact them. With a heightened awareness of the impact we each have on the environment, more of us are striving to reduce our carbon footprint by limiting our waste of natural resources. Norah has obtained her GREEN Designation by completing a comprehensive course offered by the National Association of Realtors which has given her the necessary knowledge and tools to become a trusted green resource. Born and raised in Zimbabwe, Norah completed her undergraduate degree at the University of Cape Town, South Africa and her graduate degree at San Francisco State University. After initially teaching hearing impaired students, she started her own company, producing award winning silk fabrics for the interiors industry. Some of her designs were chosen for the permanent collection of the Cooper Hewitt National Design Museum. Her background in education, design and business, combined with her communication skills, creativity and enthusiasm have contributed to her success. Norah is skillful at understanding her clients’ needs, and translating them to her extensive knowledge of the market. Above and beyond her guidance in buying or selling houses, Norah’s involvement in her community includes a leading role in the Council on Architecture of the Oakland Museum of California, an organization that promotes a better understanding of architecture through shows, lectures and tours. Her fondness for animals keeps her active in local animal organizations. She cares deeply about the community and environment in which she lives and where she raised her child and actively contributes to many local charities. The area Norah serves includes Alameda, Albany, Berkeley, El Cerrito, Emeryville, Kensington, Oakland, Piedmont, Richmond, Orinda and Lafayette. Please feel free to contact Norah on her cell phone (510) 703-6934 or at [email protected]

Disclaimer: All material presented herein is intended for informational purposes only and is compiled from sources deemed reliable but has not been verified. Changes in price, condition, sale or withdrawal may be made without notice. No statement is made as to accuracy of any description. All measurements and square footage are approximate.